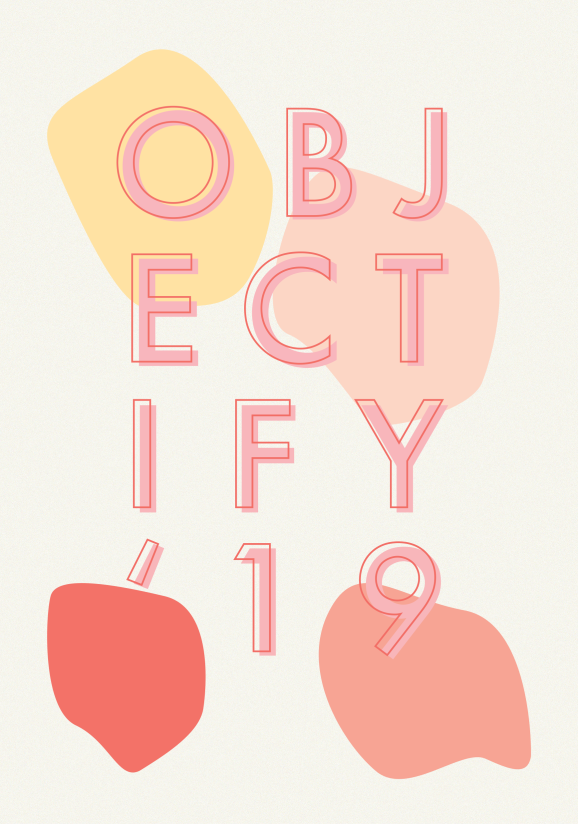 The 2019 Student Art Prize presents works that inject art into an object and an object into art. Objectify challenges practice as a prescribed object becomes subject matter to be interpreted across multiple media.

The Friends of the University are generously sponsoring two Acquisitive Student Art prizes of $1,000 each. Other major prizes
include the $1,500 Penny Finnigan Memorial prize and the $800 University Art Collection award.
Our judges for 2019 include typographer and director of Pocket Design, Brett
Piva, as well as photographer and owner of Lee Illfield Photography, Lee Illfield.
For those who were not able to join us, the prescribed object is a ‘Cocktail Umbrella’. To enter for your chance to win, please fillout and submit a submission form to wattspacegallery@newcastle.edu.aualong with an image of the work/s. The submission form can be found here.
The exhibition will run from 4 – 29 September 2019.

In partnership with the Newcastle Music Festival, Watt Space Gallery will be hosting Fused, an exhibition that will bring together a fusion of media and music, with image and sound working together to create a multi-disciplinary exhibition of art, film, music and ideas.

Join us on Thursday 8 August from 5:00pm for the exhibition’s opening, and again on Sunday 11 August* from 5:30pm for a night of performances from some of Australia’s most exciting electronic artists.

Lucy Cliché (Sydney)
https://soundcloud.com/lucy-cliche
Lucy has carved out a niche of her own bodily contagious techno over her last two decades of practice and is one of Australia’s foremost electronic artists. She has performed at the Sydney Opera House, soundtracked films at The Gallery Of Modern Art (Brisbane) and NSW Art Gallery (Sydney), as well as being regularly billed on both dance festivals and DIY shows alike.

Troth
https://soundcloud.com/altered-states-tapes
Troth is a recently-formed Newcastle duo comprising Amelia Bessenyei and Cooper Bowman. Together they fashion ethereal environs from vocals, electronics, zither, tape loops and sampled percussion and piano. They will be performing in the centre of their film and reel-to-reel installation in Watt Space’s Media Room, titled Nothing Still In The Stone Garden.

e4444e
https://soundcloud.com/e4444e
Romy Church is a student of music at UoN and a tireless live performer, gigging regularly both in Newcastle and elsewhere in Australia. As e4444e, Church crafts ornately-structured electronic pop and has revealed himself as one of Newcastle’s eminent emerging musicians.

Darcy Archer
Darcy Archer is a student of music at UoN who predominantly works as a percussionist. For this performance, she will be creating a set of meditations via vibraphone. Her collaborative work with Ellen Presbury, The Natural World, is featured in the Fused exhibition in Gallery 1.

*Tickets $15 on the door +a complimentary glass of wine.

Substrate is a cross-institutional exchange that looks at photographic practices within contemporary art. The exhibition brings together a selection of students who work across photography from both UNSW Art & Design and the University of Newcastle and presents a range of material explorations that hold the image at their conceptual core.

The second iteration of the exhibition will be presented at Kudos Gallery from 23 July – 10 August 2019.

An interactive and dynamic exhibition exploring the amazing brain. This exhibit will showcase some of the University of Newcastle’s research, giving the public a sneak preview of how we look at the brain, why we look at the brain, and what we find when we look at the brain. Brain @ Watt Space is a collaboration between teachers and scientists in Psychology, Neuroscience, Creative Industries and Architecture working alongside students and the community.

A project led by Dr Michelle Kelly from our Faculty of Science, profiling research from the disciplines of Psychology and Neuroscience.

LISTEN to Dr Ella Dreyfus discuss her work in an interview on ABC Radio National Life Matters, Friday 3 May at 9am
(then find the podcast here)

Under Twenty-Seven is a solo exhibition by Australian artist Dr Ella Dreyfus that presents a series of poignant portraits which began as black and white photographs of her son and his soccer team when they were finishing primary school. The work tracks their growth with a new portrait every seven years and Dreyfus’ detailed photographs show the boys/men bare-chested against a deep black background. Each of them displays their own unique posture and subtle facial expressions, giving the works an intensely intimate quality. Sitting side by side, the triple portraits taken at ages eleven, eighteen and twenty-five, are a meditation on masculine development, as well as a sobering reminder of the passing of time. The exhibition provides an opportunity for audiences to reflect on the representation of masculinity in contemporary culture, by showing them in a way that is distinct from the narrow ideals generally found in the mass-media and advertising. Through the work, Dreyfus demonstrates a particular sensitivity to the experiences of the young men, who during these critical stages of their lives will undoubtedly have been influenced by the social demands and perceptions of masculine attitudes, looks and behaviours. In this society, men are often expected to repress certain emotions such as tenderness and empathy; in drawing attention to these issues the exhibition takes a probing approach to gender, representation, beauty and the body.

Under Twenty-Seven is a featured exhibition of the Head On Photo Festival 2019 and will also be exhibited at the Bondi Pavilion Gallery, Bondi Beach, Sydney, 23 October – 3 November 2019.

NBN News featured Dr Ella Dreyfus and a snapshot of the exhibition at Watt Space: see the video here 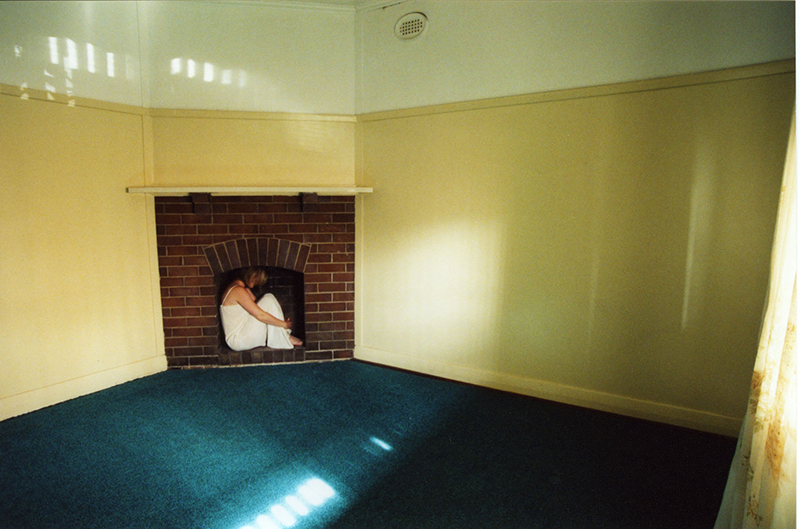 Throughout the twentieth and twenty-first centuries photographic artists have been using photography to negotiate ideas of subjectivity, sexual difference and gender division. To do so, they have used diverse methods, such as documentary, constructed self-portraits and photo-montage. Influenced by earlier artists such as Claude Cahun and Hannah Höch, gender has become a key theme for artists working with the medium of photography today. Beyond the Binary is a diverse exhibition featuring artists experimenting with gender and its social construction through photography, which has leant itself to these issues because of its capacity to represent and transform the human body. The exhibition extends the current debates around gender and considers how it is marked by ongoing negotiations of power which cannot be understood outside of its intersections with race, class and sexuality. In the twenty-first century our experience of the body as a site of varying demands made by oneself and others, as well as the arena of countless fantasies and desires has become heightened through social media. For this reason, as well as shifting attitudes towards and mutable experiences of gender, both gender and the body continue to be pressing topics for artists.

The culture of storytelling spans thousands of years, from Indigenous story, art and songlines to contemporary poetry, microfiction and the social media sphere. When we share our stories – whether in written, spoken, painted, sculpted or filmed form or in bodily expression through song or dance – we share part of ourselves and entrust it to an audience. Fable: the art and heart of storytelling is a collaboration of artists with stories to tell, investigating the transformative and connective nature of the storytelling ritual across mediums and generations.

CURATED IN SUPPORT OF THE NEWCASTLE WRITERS FESTIVAL BY JODI VIAL
https://www.newcastlewritersfestival.org.au/

Currently on at Watt Space Gallery, four exhibitions which opened on the eve of International Women’s day. This an all-women line up of inspirational shows is on till March 31.
Be sure to pop in to see the THE F WORD, featuring the work of Alessia Sakoff, Donna Jorna, Katrina Holden, Leanne Schubert, Megan McCarthy, Melissa Bull and Michelle Wellham, curated by Megan McCarthy, ART-BOOK-WORK by Sally Goodfellow, IF THE TREES COULD TALK, WHAT DO YOU THINK THEY WOULD SAY TO US? by Courtney Heffernan, and A FLOCK, A SWARM, A HERD, A SCHOOL, A POD by Deborah Redwood.
Gallery open Wednesday till Sunday 11-5pm. 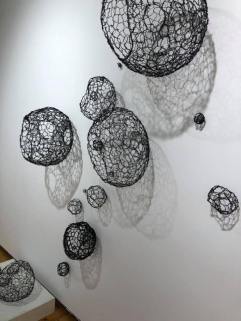 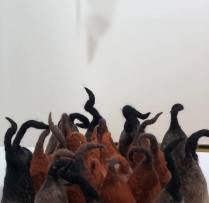